Generally, a couple who divorces or legally separates must make a determination regarding the physical and legal custody of their children and visitation rights, either by mutual agreement or court order. When an established child custody arrangement no longer works or is no longer desired, one or both parents may seek to modify custody. Where a parent is seeking to modify custody through the courts, the parent must generally be required to show that there has been a substantial change in conditions which warrants the modification.

Upon divorce or legal separation, parents may mutually agree on – or a court may order – an arrangement of custody for the former spouses’ children. A custody decision (known as timesharing and parenting in Florida) generally involves both legal and physical custody. Legal custody authorizes one or both parents to make important decisions about the child’s upbringing. Physical custody is the right of one or both parents to have the child live with them. The parent with physical custody is called the custodial parent, and the noncustodial parent is almost always provided with visitation rights.

Sometimes former spouses may wish to modify the terms of a child custody arrangement previously issued in their final decree of divorce or legal separation. The parents may jointly agree on a modification and submit the proposed modification for court approval, or litigation and a hearing may be required if the parents disagree on whether a custody order should be modified. In issuing a modification of a child custody order, a court will almost always grant a mutually agreed upon modification. In a contested case, where only one parent seeks to modify custody or visitation, courts must consider what would be in the best interest of the child.

In general, the state court which issued the original custody and visitation agreement has the authority to restrict, deny or otherwise modify the terms of the agreement. When one parent wishes to change an existing court-ordered custody arrangement, they must show that there has been a substantial change in circumstances since the order and that they can provide a better environment for the child. “Substantially changed circumstances” might include:


Requiring proof of a substantial change in circumstances since the custody award was issued helps to ensure the stability of custody agreements by preventing frequent and repeated modification requests.

Destabilization of the Household

Where an event occurs in the household of one parent that disrupts the stability of the home for a child, the other parent may seek a modification of custody or visitation. Examples of such devastating events might include the arrest of the parent for a violent crime, death of the parent, abandonment of the child or an allegation of sexual abuse by the parent. A modification might be granted where the noncustodial parent can prove that the custodial parent’s household has become destabilized since the original custody or visitation order was issued.

In some instances, where a child develops a preference to live with their noncustodial parent, a court may grant deference to their request and modify the custody order. Typically, to consider a child’s preference, the child must be “older” (e.g., 12 or above) and the child’s reasoning must be sound (i.e., not the result of bribery by the noncustodial parent or because the noncustodial parent would be less disciplinary). In addition, a child’s preference is most often only considered as one factor in most states in deciding whether to grant a petition for a modification of the custody agreement.

A custody modification may also be sought for a temporary change in circumstances. For example, if a custodial parent is going to be out of the state temporarily or if they become seriously ill or injured, a court may issue a temporary modification of custody. In such a case, the original custody arrangements may be restored when circumstances return to normal. 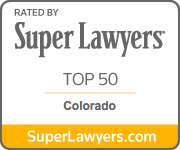